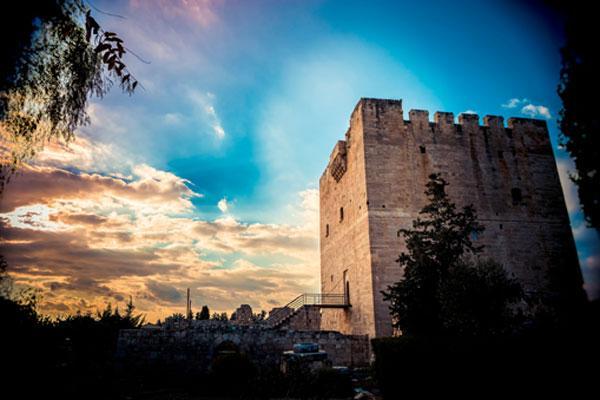 Our tour takes us to Limassol, which traces its history to the Middle Ages, and is named so being situated between (anamesa) the ancient Kingdom of Kourion and Amathus.
The medieval Castle of Limassol is where, according to tradition, after conquering the island in 1192, King Richard the Lionheart of England married Princess Berengaria of Navarre in the castle’s small chapel. The castle itself is surrounded by the old town’s winding shopping streets where visitors can bargain with the local shopkeepers for handicrafts and visit one of the town’s many coffee shops. The Limassol harbour and Marina, with its range of upscale shops and restaurants, is only a short walk away; where guests can be spoiled at a local restaurant.

Passing though the Fassouri citrus plantations; we come across the medieval Castle of Kolossi. It is a fine example of military architecture originally constructed in the 13th century during the crusades. After the Siege of Acre in 1291, it served as the Grand Commanderie of the Knights of the Order of St. John of Jerusalem; and thus gave its name to the world famous Commandaria wine, which is still produced in the area.

Our next visit is the ancient Kingdom of Kourion, which is placed on one of the most spectacular sites in the island, with extensive archaeological ruins including well-preserved mosaics. Its Greco-Roman amphitheatre, built in the second century BC, is famous for its vistas of the Mediterranean Sea. The kingdom is also renowned for its preserved mosaic floors in the House of Eustolios, the House of Achilles and the House of the Gladiators.
Lunch at a local tavern.